How many football teams will going to play in Tokyo Olympic? 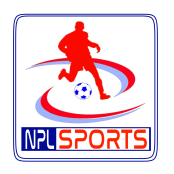 Kathmandu: The Tokyo Olympics in Japan are just a few days away. The football games of the 32nd edition of the Summer Olympics, which will be inaugurated on July 23, will start two days before that. Star athletes compete in other sports at the Olympics, which is considered to be the giant of sports. But…

Kathmandu: The Tokyo Olympics in Japan are just a few days away. The football games of the 32nd edition of the Summer Olympics, which will be inaugurated on July 23, will start two days before that.

Sixteen teams, including eventual winners Brazil, will compete in the men’s Olympic football from July 21 to August 7. Similarly, 12 teams will compete for women. Former winners Germany have not been selected this time.

Why is there a U-23 team in the Olympics?

That’s why FIFA has stopped senior teams from playing in the Olympics to maintain the World Cup, the world’s biggest football competition.

In 1984, the rule was relaxed. If a player had not played in the World Cup, he would have been able to play in the Olympics. To play in the 1992 Barcelona Olympics, all athletes had to be under 23 years of age. But at the 1996 Atlanta Olympics, the rule was that three athletes over the age of 23 could be included.

The same rule applies even now. This time, instead of U-23, U-24 team will be able to play in the Olympics. Athletes who could have played a year ago have been given the opportunity even now as the Olympics have been postponed for a year due to Kovid-19.

Why do clubs stop athletes from going to the Olympics?

Egypt had hoped to include star player Mohamed Salah in the Olympic squad. But his club, Liverpool, have reportedly refused to accept the offer.

The Olympics are not included in the FIFA calendar. As a result, the club is not obliged to release athletes for the Olympics. Even if the club always releases players knowing when to play for the nation, it doesn’t have to be in the Olympics.

Why do jerseys have flags instead of badges?

Only the symbol of the country can be found on the jersey. Therefore, only the national flag or team emblem can be placed on the jersey. But it is not possible to keep the badge in the regular national team.

This means that the sponsor’s logo on the jersey will not be on the Olympics.

Why doesn’t a coach win a medal?

Olympic medals are distributed to athletes only. Unlike other football competitions, coaching staff is not given. But in 2016, Brazil’s coach Rosario Mikal won the medal. He won a replica of the gold medal for his achievements at the Olympics at home.

Why does football start before the inauguration?

Because of that, the football team has to travel to different cities according to the game schedule. Since it will be difficult to do all this work within two weeks, football starts before the inauguration.

Britant Khanal appointed for the General Manager of CAN
Real Madrid 2-0 Getafe: Real reclaimed a 12-point lead at the top of La Liga